Anant Balani (1962 – 2003) was an Indian Director who made his career in Mumbai Hindi Cinema. He was also a popular screenwriter. Anant Balani gained popularity at his career after directing Patthar Ke Phool (1991) and it was a big banner movie with Raveena Tandon and Salman Khan in the cast. Another popular script written by his was of the movie Insaaf: The Justice.

He had a short stint in Bollywood as he entered the industry in 1989 and he passed away in 2003. He died during the shooting of the movie Chameli and the cause of death was identified as Heart Attack. This was a shocking incident for the whole crew and it took time for the people at the set to recover from this setback. 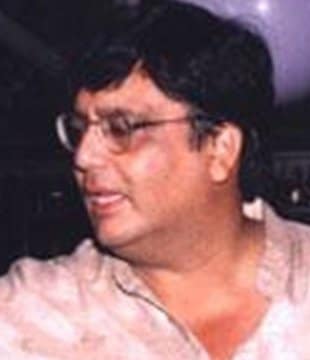 The Cinema of Anant Balani

Anant Balani started his directorial career with Gawahi in 1989. In 1994, Anant Balani directed Jazbaat. He took a short break from the directions after the release of Jazbaat and in 2003, he worked on three projects. It was one of the most hectic years for him. During this year, he worked on Mumbai Matinee, Joggers’ Park, and Ek Din 24 Ghante. The same year, they started the shooting for Chameli. After the death of Anant Balani, Sudhir Mishra took over as a director of this movie and it was released in the year 2004. In this short duration, Anant Balani made some remarkable movies, and even today, he is remembered for his contribution to the Bollywood.